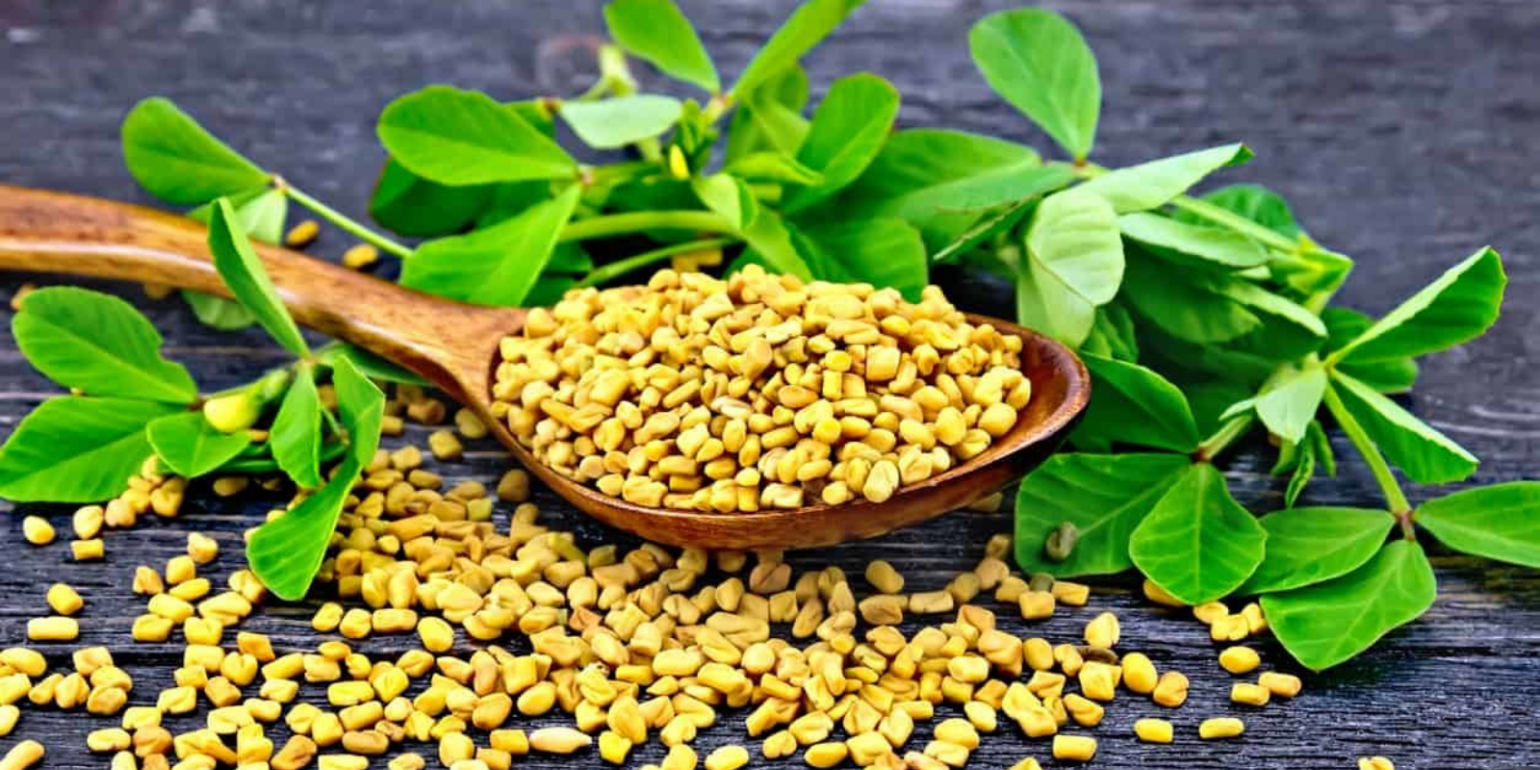 An overview of fenugreek’s origin, plant chemistry and therapeutic potential in nutraceuticals.

For the first time, the World Health Organization is recognising the traditional medicine as an influential global medical compendium. Recently, there is an increasing tendency towards traditional medicine, motivated by the occurrence of harmful effects of chemical drugs on human health as well as the various deficits of modern medicine in treating some diseases.

There has been a definite change in the conversation around Ayurveda, and an increase in interest. Herbal supplement sales are growing at an average of over 20%, with the likes of turmeric, moringa and ashwagandha seeing 40% to 50% growth. Brahmi (bacopa), ashwagandha, turmeric and tulsi are the forefront of the single component products dominating the global market. The COVID-19 pandemic has challenged healthcare systems across the globe, turning the world’s attention to the immune system and the vital role it plays against disease-causing bacteria, viruses and other organisms that we touch, ingest and inhale every day. COVID-19 brings a shift in the complementary medicine industry. Two big Indian Ayurvedic medicine companies, The Dabur & Himalaya both witnessed huge sales spikes during this pandemic.

Apart from these Ayurvedic herbs, fenugreek could be the next blockbuster Indian herb, with substantial and convincing scientific and clinical support building around it.

Fenugreek (trigonella foenum-graecum) belongs to Fabaceae family. The name, trigonella, came from Latin language that means ‘little triangle,’ due to its yellowish-white triangular flowers. Fenugreek is one of the oldest medicinal plants from the Fabaceae family originated in central Asia 4000 BC. Its description and benefits had been reported in the Ebers Papyrus (one of the oldest maintained medicinal documents) in 1500 BC in Egypt. It is being commercially grown in India, Pakistan, Afghanistan, Iran, Nepal, Egypt, France, Spain, Turkey, Morocco, North Africa, Middle East and Argentina. Due to the presence of a substantial amount of fibre, phospholipids, glycolipids, oleic acid, linolenic acid, linoleic acid, choline, vitamin A, B1, B2, C, nicotinic acid, niacin, and many other functional elements, fenugreek seed is one of the hot ingredients in the health and wellness domain.

Fenugreek is an annual legume, diploid plant with no aneuploidy. Morphologically, it is an erect, aromatic annual closely resembling large clover. The stem is long, cylindrical (30–60 cm long) and pinkish in color, whereas its roots are massive finger-like structures. Fenugreek blooms with white to yellowish white, axillary and sessile flowers that are hermaphrodite and insect pollinated. Fenugreek flowers produce brownish to yellowish brown 15cm long 2–8 pods. Each pod contains 10–20 seeds; seeds are small (5mm long), hard, smooth, dull yellow to brownish yellow in color. It is a fast-growing plant, which may grow on dry grasslands, cultivated or uncultivated lands, hillsides, planes as well as field edges but it requires a fair amount of sunlight. Fenugreek needs four to seven months to reach maturity, the flowering period is midsummer (June to August) and seeds ripen during late summer. It is a drought-tolerant plant and grows well in tropical climates with mild winter and cool summer; however, its leaf and flower development is temperature dependent.

The main ingredients of the seed contain steroidal saponins, alkaloids, mucilage, and fibres. The most important steroidal saponins are diosgenin and yamogenin. The seeds also contain a sapogenin peptide ester, named fenugreekine. Trigonelline is the alkaloid of this plant that has been extracted at up to 36% concentration. The amount of protein in this plant is high (22-25%), and its protein is rich in lysine, arginine, tryptophan, and to some extent, histidine. It contains low levels of sulfur-containing amino acids, threonine, valine, methionine and high levels of lysine, arginine, and gelicin. 4-hydroxyisoleucine (4-HI) constitutes for about 80% of the total content of free amino acids in fenugreek seeds and are exclusively found in this plant. The amount of carbohydrates of this plant is about 8%. The seeds of fenugreek also contain proteinase inhibiting compounds. They are also reported to contain minerals such as iron, phosphate, calcium, and vitamins such as nicotinic acid, B1, C, A, and D. Fenugreek also contains galactomannan, a highly bioactive molecule. Fenugreek seeds contain fixed oil containing golden yellow and odourless unsaturated fatty acids (6% to 10%). Oil is easily dissolved in ether, benzene, sulfur, and petroleum ether. Fenugreek contains wide varieties of flavonoids and other phenolics compounds. The main flavonoids identified in this plant include glycoside, orientin, isoorientin, vitexin, epigenin and quercetin.

Fenugreek green leaves are one of the most ancient medicinal herbs containing β-carotene, ascorbate, fibre, iron, calcium and zinc, even more than the regular food items. Its seeds, biologically endosperm, are the most valuable plant part. Raw seeds are golden in colour with maple flavour but bitter in taste. However, this bitterness may be reduced by roasting. The seeds are fibrous, sticky and gummy in nature. Saponins and alkaloids are considered to be bioactive (and antinutritional) factors in seeds. However, defatted seeds are free from these compounds and may be consumed by people who have issues with fat.

Fenugreek has powerful antioxidant properties, more particularly from the aqueous fraction than the flavonoids and phenolics linked to its health benefits. Fenugreek contains a fairly high amount of flavonoids, alkaloids, saponins, amino acids and other antioxidants. It contains a major class of phenolics like gallic acid, protocatechuic acid, catechin, gentisic acid, chlorogenic acid, vanillic acid and syringic acid of the seed extract. Fenugreek endosperm contains 35% alkaloids, primarily trigonelline. All these compounds are classified as biologically active, as these have pharmacological effects on the human body when ingested. Their use should, therefore, be promoted in daily diet or through supplementation to manage hypercholesterolemia, cancer and diabetes mellitus as they possess hypoglycaemic, antilipidemic, anticarcinogenic and cholagogic properties.

The medicinal value of fenugreek seeds is mentioned in Ayurvedic texts as well as in Greek and Latin pharmacopoeia. Since ancient times, fenugreek has played an extensive role in treating and preventing diseases. The Ayurvedic texts praise this herb for its power as an aphrodisiac, but modern Vaidyas (registered Ayurvedic doctors) seem to be using it more for digestive and respiratory problems stemming from an excess of kaph (phlegm) and vat (wind). In ancient Egypt, ‘methi’ (as it’s referred to) was used to ease childbirth and to increase milk flow, and modern Egyptian women are still using it today to relieve menstrual cramps, as well as making hilba tea out of it to ease other kinds of abdominal discomfort. The Chinese call it ‘hu lu ba,’ and also use it for treating abdominal pain. In India, fresh ‘methi ka saag’ (the stems and leaves of the plant) is very commonly cooked as a winter vegetable to control cough and cold, and the seeds are also eaten raw as sprouts and used medicinally. Fenugreek has been used to relieve colds, bronchial complaints, influenza, asthma, catarrh, constipation, sinusitis, pleurisy, pneumonia, sore throat, laryngitis, hay fever, tuberculosis and emphysema.

Numerous studies conducted so far (see table 1) have confirmed many of these traditional applications and have shown the clear therapeutic value of this plant. Due to the presence of high levels of antioxidant compounds, bioactive compounds, phenols, flavonoids, and anthocyanin, various experimental and clinical trials have shown that fenugreek has the ability to combat pathologic conditions, especially for the treatment and prevention of life-threatening diseases such as diabetes, infections, and gastrointestinal disorders. 4-hydroxyisoleucine (4-HI) constitutes about 80% of the total content of free amino acids in Trigonella foenum graecum seeds are exclusively found in this plant. Based on convincing evidence on increased serotonin turnover in the brain, several studies demonstrated anti-anxiety and antidepressant-like effects of 4-HI. Fenugreek has a considerable antidiabetic effect. It can slow down the absorption of sugar in the gastrointestinal tract through its galactomannan component, whereas the 4-HI component stimulates insulin release, lowering the blood sugar in diabetic patients. Low molecular weight galactomannan-based fenugreek seed extract is reported to prevent fat accumulation. It is used for kidney complications due to its high antioxidant property. The antioxidant property of the plant has been attributed to the presence of many active phytochemicals, including flavonoids, plant sterols, vitamins, cumarins, terpenoids, carotenoids, curcumins, lignin, and saponin.

Several well designed animal studies have demonstrated that combined therapy with 4-HI and pioglitazone is more beneficial than pioglitazone alone and also more beneficial than the combination of 4-HI and glyburide in the treatment of diabetes (Kulkarni et al. 2012, Kamble et al. 2013). The Herbalgram (2014, Vol.103, page 33) also concluded that IBHB, a standardised fenugreek seed extract (Indus Biotech Pvt Ltd., Pune, India), slows the progression of Parkinson’s disease when taken as an adjunct to L-Dopa therapy and has a good safety profile (Nathan et al. 2014). The glycoside based fenugreek seed extract is reported to have beneficial effects in animal models of pulmonary fibrosis. Several recent clinical trials demonstrated the efficacy of the special extract of fenugreek in conditions like hay fever and sinusitis. The seeds are considered useful in heart disease prevention and aphrodisiac, and as a galactogogue promoting lactation. A few recent randomised placebo controls clinical trials demonstrated, standardized extracts (Libifem & Testofen) of T. foenum graecum seed may be a useful treatment for increasing sexual arousal and desire in women and middle-aged and older men by increasing serum testosterone level (Rao et al. 2015 & 2016).

Despite the fact that fenugreek is well explored by medical science for its potential contribution to human health, the average production in India remains low (1,200kg/ha). The major factors responsible for low production are: low level of awareness among the farming community, less availability of high yielding and resistant seed varieties, traditional farm mechanisation and plant protection. An extensive genomic and agronomic characterisation/clustering is needed to identify the potential genes which could further help in breeding programs followed by targeted mutation and genetic improvement for abiotic stress tolerance.

The list of potential health benefits of Fenugreek is continuing to grow with new clinical evidence. Therefore, fenugreek, which possesses phenolic compounds, bioactive amino acids, glycosides and antioxidant activity, could be a good candidate for an herbal drug. Despite the impressive scientific and clinical profile of fenugreek, consumer understanding is still in its infancy and promoters of this herb need to focus on this important commercial hurdle