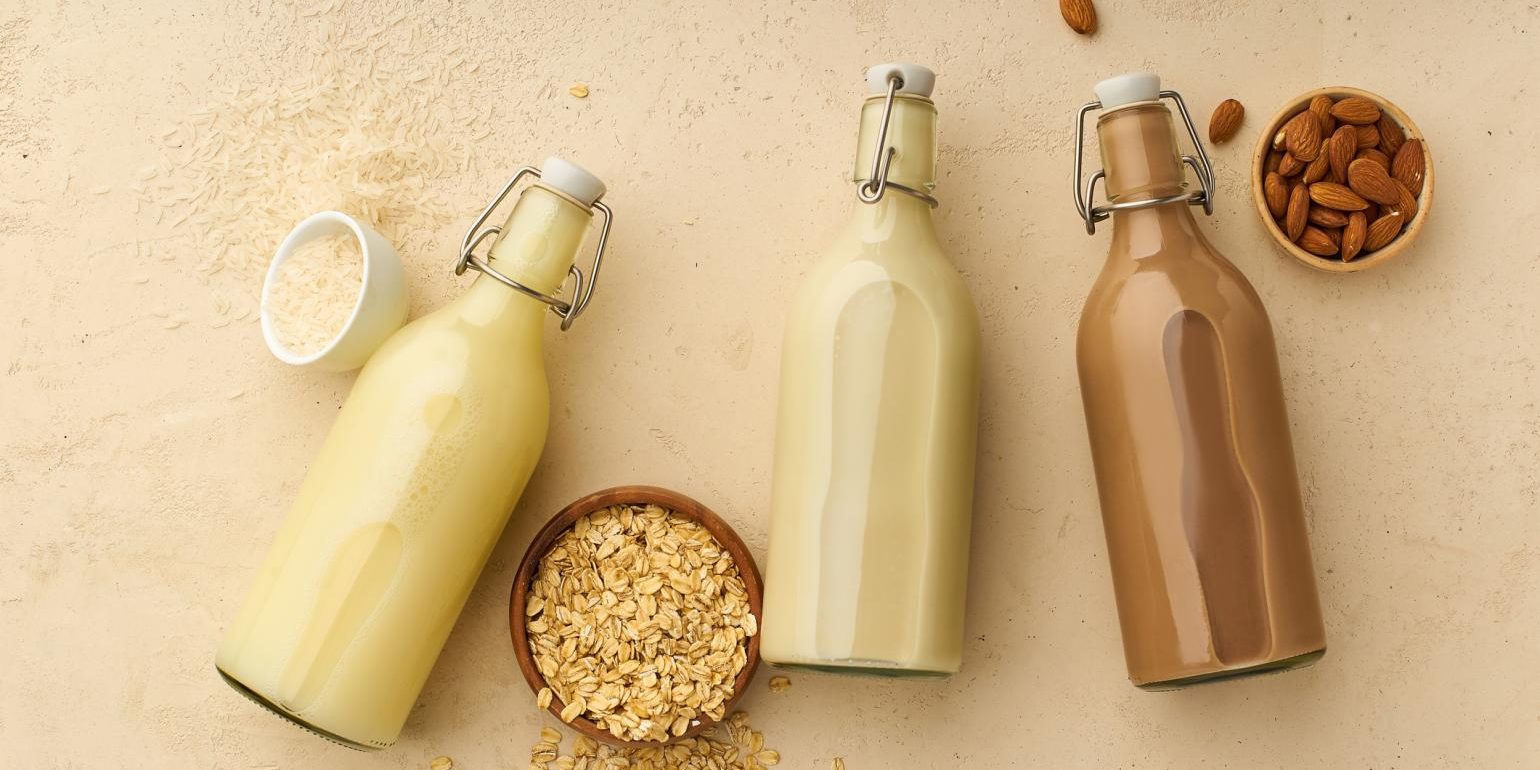 Plant-based branding strategies could be compromised by the potential adoption of EU ban on the evocation of dairy by alternative producers.

Plant-based alternatives are more popular than ever. According to a recent research by vegan supermarket chain Veganz, the number of vegans in Europe has doubled within four years, from 1.3 million in 2016 to 2.6 million in 2020. What’s more, popularity for plant-based products is set to rise, as highlighted in a recent Innova Market Insights report which sees a renewal of ‘plant-based’ as a trend for 2021.

However, the potential adoption of a recent EU amendment could jeopardise the branding strategies of vegan brands, impacting their growing consumer base. On 23 October 2020, the European Parliament voted in favour of Amendment 171. Aiming to protect the designation of terms associated with dairy products, this new amendment prohibits the “misuse, imitation or evocation” of dairy terms, even if the nature of the product has been indicated through expressions such as “style”.

The European Parliament went into trilogue negotiations in late January 2021. If the amendment is adopted in its strictest interpretation, companies may be banned from using dairy-related language, packaging, or imagery on their plant-based products, to the extent that they may not be able to describe their offerings as dairy ‘alternatives’.

Many plant-based companies have taken a public stance against the potential curtailment of their branding; last month, vegan companies Upfield and Oatly collaborated with ProVeg International on a petition to stop the amendment.

Dairy denomination and the history of vegan brands

Restrictions on the presentation of dairy alternative products are nothing new. Vegan food producers in the EU have been legally banned from using dairy designation in labels such as ‘soya milk’ or ‘vegan cheese’ for over three decades.

However, under the current dairy domination ban, dairy terms are nonetheless permitted in commercial communication; hence, producers have been able to label products as cheese or milk ‘alternatives.’ The ability to directly compare products to dairy equivalents has formed the creative foundation of many plant-based brands. For example, Violife, a vegan cheese alternative brand, pointedly styles itself as tasting ‘just as good as cheese but better’, while nush’s ‘almond m*lk ch*ese’ playfully incorporates the ECJ’s ruling into its very product name.

A new branding and packaging strategy for dairy alternatives?

If Amendment 171 is adopted and accordingly prohibits the evocation of dairy on plant-based products, it may jeopardise the essence of many vegan brands’ marketing strategies. Luke Jackson, founder of vegan brand agency V-GON Creative, believes that “brands that will be most affected currently use references to ‘plant-based milk/cheese/yoghurt’ as keywords in their core messaging and will likely have to completely rewrite their brand guidelines and strategy.”

Upfield, the plant-based spreads producer, is the owner of some such brands including Violife and ‘plant butter’ Flora. A spokeperson from Upfield told Vitafoods Insights that, “If Amendment 171 were adopted, we may have to consider marketing strategies and re-look at the way we have marketed our products, for over 100 years, in some cases. This could mean removing images of our own products, and possibly even finding new packaging formats. We could also be required to remove essential allergen information like ‘does not contain milk’ or ‘suitable for persons with lactose intolerance’. In short, it would be a total overhaul of plant-based brands.”

Amendment 171 could even mean a ban not only on language or images referring to dairy, but also on advertising that reports on the climate impact of a vegan alternative in contrast to a dairy counterpart, thus impacting a foundational selling point of plant-based businesses.

Jackson also draws attention to the potential prohibition of plant-based packaging that evokes dairy products. “If a change in packaging type is required for drinks and dairy substitutes, a significant amount of unnecessary waste will be produced which goes against our combined environmental goals,” he says. “Switching packaging types is a major cost in terms of research, material sourcing, production methods and custom redesign – this would devastate many small-scale plant-based businesses.”

While dairy lobbyists argue that the amendment is a necessary move to prevent consumer confusion over dairy and ‘dairy alternative’ products, the re-branding requirements themselves could in fact result in consumer misunderstanding.

A representative from plant-based producer Alpro told Vitafoods Insights that, “We do not see how adding new restrictions to plant-based denominations will enhance consumer information in any way, nor how it will provide consumers with clearer, more accurate or even more useful information. On the contrary, we believe it will disrupt their understanding of the offer and will limit their ability to make informed choices.”

Ronja Berthold, head of public affairs at the European Vegetarian Union (EVU), questions the future of clear vegan branding in a post-Amendment 171 world: “How do you reference what kind of alternative product it is if you can’t reference at all in any way the dairy product you want to present an alternative to?” Berthold fears that “new consumers who are just starting to get interested in alternatives may fear how to navigate fantasy names that are completely different from company to company.” According to Berthold, there is a very real worry that consumer confusion may “impact sales eventually” for vegan businesses.

A note of optimism

Amendment 171 passed with a narrow majority of 54% in the European Parliament, and it remains to seen whether, and to what extent, the ruling will become law. Despite the potential disruption to the plant-based industry that the adoption of Amendment 171 could cause, there is optimism amongst the vegan community, as the need to rebrand could offer a chance for innovation.

Emmanuel Besserve, co-founder of Quinoa Marketing, a branding and marketing for plant-based brands, has confidence that “in case this amendment was passed, the plant-based industry will not be passive. On the contrary I expect a lot of creativity and the introduction of new verbiage to clearly demonstrate their difference. We are talking about young innovative companies that are used to disruption. In terms of branding and communication there is a unique opportunity to create a new category that consumers will love. And if it’s a success, let’s make sure that the dairy industry would not be allowed to use these terms.”